Throughout the world, a five day school week, followed by a two day weekend is a norm. But in Japan, a six day school week was a standard until 2002. Sounds like a nightmare for a person living in Western Civilization. However, Japanese public seems to differ.

Not only Japanese Prime Minister Shinzo Abe has long opposed to yutori (relaxation) reforms that liberalized education in Japan in 2002. Pressure free education may seem like a good idea. However, a study conducted in 2013 has revealed that 41 percent of Japanese citizens support reintroducing six day school on all weeks, and 79 percent want at least one Saturday a month to be a school Saturday. 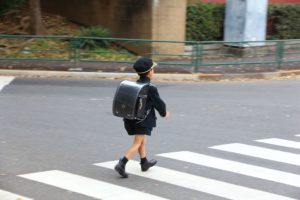 Japanese are worried, that only five days at school may lower children’s scholastic ability. Many school curriculums reintroduced six day school weeks in Tokyo area since 2010. There is a law allowing for that “there is a special need”, but it seems to be somewhat abused. In 2012 43 percent elementary schools, and 47 percent junior high schools in Tokyo area had classes on at least one Saturday in a month.

Moreover, even with a five day school week primary and secondary teachers in Japan are overworked. Japanese teachers are supposed to work maximum of 40 hours a week, but variety of administrative duties and extra-curriculum activities are not counted towards that limit.

The excitement on the six day school week has subsided in recent years. But with COVID-19 epidemic school closures, the idea might stimulate imaginations of some overbearing parents.